A Wavemaker Conversation with Joe Moglia 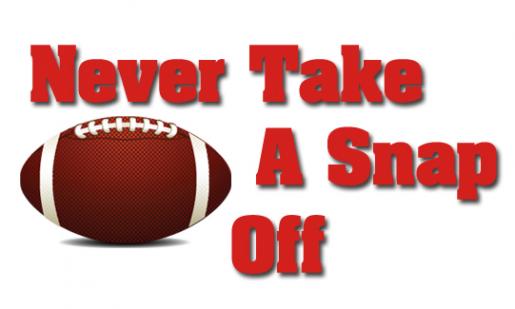 I’ve been looking for a last minute edge in the 2014 Fantasy Football Draft.

So I’ve reached out to a man who is living his Football Fantasy.

His name is Joe Moglia.

What he demands of his real team is what I wish for my Fantasy Team:  “Never take a snap off.”

I Googled that phrase and only got 1260 results.

Coaches use it, Moglia tells me.  It means every player goes all out on every snap – every play.

Coach Moglia has achieved what he has achieved, in part, by living that principle of never taking a snap off.

Consider his stuttering problem.  If you listen to my WaveMaker Conversation with Coach Moglia, you’ll never detect he is a stutterer.

“In grammar school, high school, college, I would seldom raise my hand in class even if I knew the answer because I was afraid I wouldn’t get words out.  When I decided to go into coaching,” Moglia tells me, “I knew I had to communicate.  So I would practice in front of a mirror.  What I found was, one, it expanded my vocabulary.”

Joe Moglia became a good enough communicator to become head coach of a high school football team after he graduated from Fordham College.

He went on to Dartmouth, where he was Defensive Coordinator.

And then, his marriage fell apart.  He was in his early 30s.  So was his salary.  He had four children.  He couldn’t support his children and himself on 33-thousand dollars a year.

“So I got permission to move into a storage room above the football office in Dartmouth.  The problem was – it had no heat.  I could see my breath in the wintertime.  And I lived there for two years.”

Then came the warm weather offer – in 1984 -- from the new national championship team in Miami.  It would have taken him a thousand miles from his children in New Hampshire.  It was the hardest professional decision of his life.  He said No.

“I didn’t think I could do my job as a coach if I didn’t live up to my responsibility as a father.”

So Joe Moglia, father and coach, set out on a career change.

He spent a year analyzing the skill set he developed as a coach.  He crafted a one-minute pitch and began making cold calls.

How he got from those cold calls in a cold storage room to become CEO of the on-line trading firm Ameritrade is a story I recommend you hear him tell for himself in this WaveMaker Conversation.

His great success in business enabled Joe Moglia, in his late 50s, to rekindle his Football Fantasy – which is another transition worth hearing him tell for himself.

So now – let’s get down to business.  Coach Moglia – how do you decide which players to recruit for the Coastal Carolina Chanticleers?  And how might I apply those principles to my Fantasy draft, which is just hours away.

First – Coach Moglia tells us that many coaches have a tendency to covet the same players that other team’s coaches are pursuing.  In my field, journalism, that tendency to reflexively pursue the stories your competitors are pursuing is called Pack Journalism.

Coach Moglia has created a standard to guard against the tendency of Pack Recruiting.

Never mind how the other teams value a player.  What does our own homework tell us about the value of a player?  How would WE feel if a player in question is competing against US.  I’ll be asking that in my Fantasy Football draft.

But that’s not all.

There’s the question of character – a quick glance at the sports headlines shows how a player’s season, and a Fantasy team’s fantasy, can be derailed overnight.

Coach Moglia likes to visit his best prospects at home to see how the young man treats his mother and father.

A football coach, in search of players who are strong enough and tough enough to compete at a national level, wants to know how the prospect treats his parents.  Moglia calls it an indicator of good character.

There are other positive character indicators – which you’ll hear about if you listen to my WaveMaker Conversation with Joe Moglia.

Despite Joe Moglia’s enormous success in business and sports, despite his confidence, he does have a lingering fear. He fears his stutter will re-emerge.

“I worry about God jumping out from behind a curtain and grabbing my larynx and my not being able to get my words out.”

During this interview, God stayed behind the curtain.