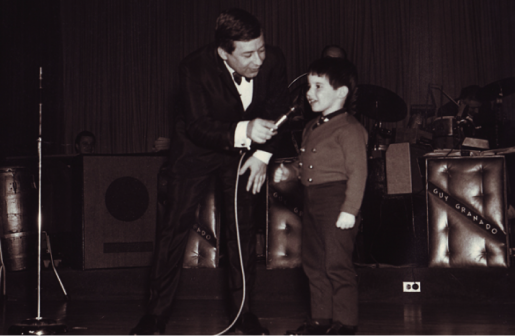 Today, my father would have turned 92.  If he were alive, and healthy, he would have been working.  On stage.

My father, Bobby Shields, was a standup comic. When I was growing up, I often heard him and his fellow comic friends talk about how they’d never retire – no matter how much money they made.  Not if there was an audience that would show up to see them perform.

My father was diagnosed with Parkinson’s disease in his early 60s.  He kept working, trying to hide the symptoms on stage for some years until, finally, he became too rigid to speak or move fluently, and had to exit.

I was thinking of him the other day when I interviewed one of the giants in the field of psychotherapy, Dr. Irvin Yalom, a conversation you can hear by clicking the photo.

Here’s what he told me that reminded me of my father.

“I was thinking the other day that I know very few therapists, at least in my community, who ever retire. Here I am, 84, and I'm still practicing, because, frankly, I enjoy it so much. It's such a privilege to be allowed into this personal life that people have often never shared with anyone else. So...and I know that when I see parents, when I see teachers, when I see physicians, that anything that I do for these patients gets passed onto many, many others.”

Any good standup comic will tell you the same thing.  I don’t plan to stop working.  I enjoy it too much.  What standup comics hate is not knowing when their next show is.  To my knowledge, that’s the greatest anxiety of standup – worse, I imagine, than not getting laughs on a particular night.  As long as there’s the next night.

Bobby Shields did not stop being funny when he had to stop performing.

When he came to visit me in Atlanta in the later stages of Parkinson’s, he got out of his wheelchair at Hartsfield International Airport, held on to the handles for support, and pushed the chair forward shouting “Help, I’ve lost my patient.”

My father would have killed ‘em at The Delphi.

And as Dr. Irvin Yalom might say, my father’s humor, passed down from me, to my children, and on and on – will continue to ripple.

Careers ultimately do end.  The ripples of one’s life never do.

Michael Schulder is a former CNN Senior Executive Producer at CNN who hosts a podcast called “Wavemaker Conversations:  A Podcast for the Insanely Curious.”
You can subscribe on iTunes here or on the CBS platform here:  www.play.it/wavemaker  You can follow him on Twitter @MichaelSchulder