"In the end. America." by Kamau Bobb 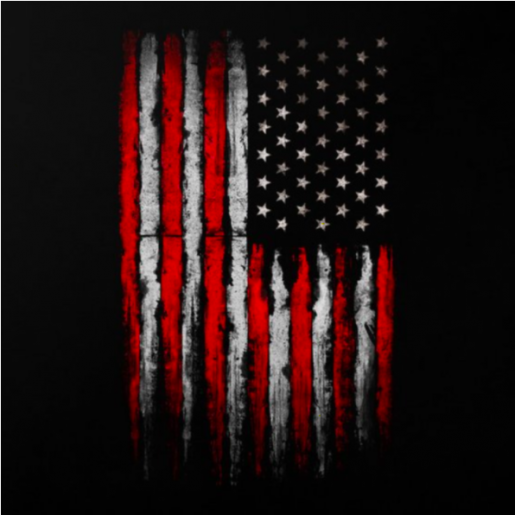 Kamau Bobb received a Ph.D. in Science and Technology Policy from Georgia Tech, holds a master’s degree in Mechanical Engineering from the University of California, Berkeley, and is a national leader in STEM education.

It has happened again. I was turning my jump rope in explosive meditative mode on Saturday. September 12th. Feverishly. Passionately. I blaze in 15 minute sets for an hour with the sun leaning on me. The rope was whistling, my heart was pounding and I was dripping with sweat. For the second time since I watched George Floyd’s murder, I ended up in tears. While I try during my daily rope sessions to silence the noise of life, I couldn’t this time. The staggering amount of suffering across the country overwhelmed me.

I was thinking about America.

I thought about people in the west confronting the fires. Thousands of people on the run from fire. I contemplated their stress as individuals. What would it mean for me today, for my family, to have to pack whatever we could and run from a raging fire? I struggled to comprehend that level of anxiety and potential loss. I couldn’t really. What if we left our home today, and lost it and everything thing that we own? What of the anxiety of running away from a blazing firestorm that we might not actually escape?

At my age, the idea of dying is abstract. Dying by fire is incomprehensible. Having to confront the possibility of death as a consequence of a decision I make, to go or to stay, on a random Saturday in September doesn’t even make sense to me. I was grieving for people I don’t know, thinking about terror I can’t imagine.

I was studying for my doctoral exams on the morning of September 11th 2001. Like everyone in the United States I remember the moment in my gut. I remember frantically calling my parents in Brooklyn to see if they were alright. They were. Like most people that grew up in New York, I have been to the World Trade Center and stood with my chest against one of the towers like I was hugging it and looking up in awe, watched the passing clouds make it appear as if the buildings were moving.

I had listened to some of the names called out during the memorial on Friday. Of that whole ordeal, the thing that affects me most is the people jumping out of windows. Bodies raining down. For people who have never seen the towers, or even buildings that tall and that big, they were jumping out of the sky.

That decision, to jump to your death rather than be crushed or burned alive is unthinkable. But what I was contemplating while turning my rope were the thousands of family members remembering their loved ones who had to face such a decision. I can’t fathom the agony of that decision, but neither can I imagine what it would be to know that my wife, or daughter, or parents died having had to make such a final decision. It is hard to imagine such a gruesome, utterly terrifying and absolute end. Thinking about the intimacy of familial love and the cadence and rhythm and its all-encompassing connection makes considering losing loved ones in that manner ungodly.

On September 11th, my mind always goes to the immediate families of the people who died. I wonder how they’re healing, how they’re handling their inhuman share of grief. Every year, without fail, I pause in my own little way to wish them well and root for them and pray for them. The fact we’d just crossed the 19th anniversary of September 11th was also on my mind.

A woman passed me riding her bike wearing a mask. It still amazes me how completely our lives have been upended in the last seven months. In a matter of weeks approximately a quarter of a million people in the United States will have died of the COVID-19 virus. That is 250,000 individual people. Given the fractured state of public health in the United States, there are surely tens of thousands more who have died. Right now, in early September, approximately one thousand people are dying every day. I am struggling to wrap my mind around that magnitude of trauma. A lot of my close family live in Barbados. The entire population of Barbados is 280,000. It boggles my mind.

If a quarter of a million people have died, that means half a million parents have lost their children. Scores of thousands of sons and daughters have lost at least one of their parents. Millions of people have lost close friends and friends of friends. That is a shocking amount of suffering and loss reverberating across the land due to this virus. It is especially cruel as the virus has also taken away our ability to physically connect with one another, to hold each other, to embrace one another, to help each other grieve and mourn knowing that we’re fully human.

Among the many people I know who have been affected by COVID, one my closest friends lost her mother in Brooklyn in April at the height of the contagion there. It was a slow and agonizing death. The hospital’s inability to deal with her corpse was an immeasurably painful addition to the tragedy. They threatened to bury her in a mass grave in the Bronx if she couldn’t find mortuary service in a city where all the funeral parlors were overflowing. COVID-19 is menacingly cruel.

We went to visit her just after her mother died. We stood on her doorstep watching her doubled over in pain and anguish and we couldn’t even hold her hand. My wife and I left her distraught and in tears. We were overcome with grief for her and for our inability to do anything more than stand at a distance and be present. That is just one example of the hundreds of thousands like it that people are experiencing at the hands of this virus that is here to stay for the foreseeable future. Here too, I was thinking about the social networks of crushing pain coursing through our society like so many capillaries in our national body.

I always have Black people on my mind. My frustration and rage and angst and yearning for vengeance and justice and peace is marrow deep. It smolders in me. I experience a kind of ache when I dwell on it too long.

I had just seen on the news the photographs of Breonna Taylor’s apartment after the police stormed it. There were bullet holes everywhere. She died in a hail of gunfire. Again, my thoughts ran to her parents. I imagined their dealing not only with the loss of their daughter, but the manner in which she was taken from them. I thought about my own daughter, who I love with a fierceness that only parents understand. Martin Luther King Sr. said the greatest pain is to outlive your children. The image of police kicking in my daughter’s door and raining down bullets on her choked me. I had to pause.

But, the police are people too. Ironically, earlier in the week I had been talking to a brother, a friend of mine, who is a police officer. He mentioned that his nephew, just ten days prior, shot himself to death leaving his wife and two small children. He’d lost his job due to the pandemic. He was an ex-felon battling with depression and little to no prospects of reemployment. The environment just overwhelmed him.

As he was telling me the story, his eyes welled up. The depth of his personal pain revealed while we were just chatting. I thought about the nearly 30 million people who have lost their jobs and sense of honor and security in the last several months - and the variation of individual outcomes of such a traumatic event in this environment. While misery may love company, company does nothing to assuage misery.

I thought about what police and so many of these rabidly racist White people have done in just the last several months. Murder by shooting. Strangulation. Beating. Running people over in cars. Tear gas. Rubber bullets. Stampedes on horses. Detention centers. Attempts to steal our democracy. The intensity of vitriol, violence and viciousness has been extraordinary. They’ve brought us to the brink of real 21st century race riots.

I thought too about the White racists themselves and the MAGA supporters who walk into crowds of Black people and shoot indiscriminately as they did in Kenosha, or drive into crowds of people as they did in Charlottesville. While I don’t understand them, the fear and anger pulsing in them is obvious.

It is driving them to be inhuman and to tolerate their inhumanity in defense of being White. It is driving them insane. It is turning them into believers of outrageous conspiracy theories and disciples of false gods. Their irrational fears, pulsing anger and the illogic of their racist belief structure has to be painful and disorienting. The fallacy of the foundation of their identity is on trial and they’re defending it with desperate violence.

If we take from them, as we must, the falsely inflated value of being White, it isn’t clear what they have left. They will at least face a righteous reckoning to redefine themselves simply as human beings and not White people. That is surely a terrifying prospect. Facing that crisis of identity, they must be hurting too.

I felt that the entire country is convulsing in pain – a kind of unremitting anguish that comes in waves and affects us all in very personal ways. I was privately experiencing my relationship to our collective condition. I have deeply held convictions about the blind and reckless insanity of White supremacy as a root cause of this state of affairs, but while turning my rope I was contemplating the mass propagation of pain and sorrow in the population.

It got to be too much.

Optimistic platitudes are meaningless to me. I believe firmly in the human spirit and its instinct for hope and renewal. However, I don’t think a nation can heal its spirit or reign exceptionally without acknowledging the depth of pain and anxiety in its citizens - without being responsible for its flaws. It simply cannot. Draping an American flag over American suffering is not nationalism, it’s a national cover up.

The work of digging this wounded nation out of the morass is going to be grinding and brutal and generations long. Let us be clear about that. It’s going to be an exorcism of demons and a test of our founding ideals. In that sense the America that we know, is not the America that we want. Those of us suffering in the current American definition, need a new definition. Deriving that new definition is the substance of the struggle ahead.

While trying to catch my breath, I relished in a fantasy – a national moment of silence. A moment where the nearly 360 million residents of these United States stopped all at the same time. A singular and historic moment of American pause. A curated moment of stillness and prayer. A provision of space for the residents of this great nation to grieve the dead and acknowledge our shared suffering. An opportunity to exalt our common humanity. An experience of American community as a single congregation honoring our national ideals – together.

My fantasy allowed me for a moment to calm my choked spirit and dream a new world. In the end, America.