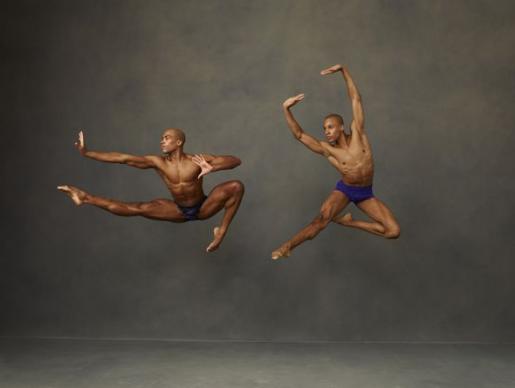 I’m beginning a campaign to reshape the Super Bowl Half Time show for 2015.

I like Bruno Mars, and am looking forward to his performance on Sunday.

Beyonce, Madonna, Springsteen, Michael Jackson … these icons of popular culture were strong previous choices for one of the premier pop culture events in America.

But it’s time for fresh thinking – for a half-time performance more befitting the athleticism, risks, and choreography that define football.

That’s why, with this story, I move to have The Alvin Ailey American Dance Theater booked as the featured attraction at the 2015 Super Bowl Half Time Show.

I did not arrive at this conclusion through a linear thought process.  So please bear with me while I explain how I got here.

The Scariest Injury in Football

The process began with a football story this week that left a big impression on my perception of the game – the one in USA Today – on the injuries more players fear than any other.- FULL STORY HERE

“USA TODAY Sports surveyed 293 players on 20 NFL teams and asked what body part they were most concerned about injuring in a game: 46% said knees or other parts of their legs, 24% said head and neck and 26% said none.”

For you parents whose sons are playing high school football, please stay focused on concussion prevention by watching this Q&A I had with CNN’s Senior Medical Correspondent Dr. Sanjay Gupta – who happens to be a leading neurosurgeon.

But for the pro football player:  "Anytime you can avoid hits to the head it's great," Chicago Bears running back Michael Bush tells USA Today, "but if you get hit in your knees, that's your career."

New York Jets defensive tackle Leger Douzable put it this way. “No one wants a concussion. But, here and now, a knee injury can be career-ending."

And yet, whether it’s the danger of a concussion or a career-ending blow to the knee, great players don’t play defensively.  Too much caution in any endeavor – can kill a career -- and a spirit.

Which brings me to the dazzling performers of The Alvin Ailey American Dance Theater – perhaps the most athletic and artistic modern dance company there is.

I recently interviewed the company’s new Artistic Director, Robert Battle, who was born bow-legged – which is not the way one would begin choreographing a life in dance.

I asked him about the risks dancers take – the risks of career ending injuries to their feet and legs.  How do they – how does anyone -- balance the risk of injury with the rewards of high performance?

Here’s what Battle told me – and I strongly recommend listening to the entire radio interview here.

“It can be grueling,” says Battle, “but it also is what the dancers love, is that kind of physical challenge of pushing the body to those limits.”

And then, Battle delivers the lesson that captures what it is to strive for greatness – in any field.

If you lock that quote in your brain and watch the Super Bowl this Sunday, you will see how much great football players have in common with great dancers. Never accepting where they are in space – despite the risks.

The Half Time Wave

In case this is your first time reading a story from Michael Schulder’s WaveMaker I’d like to explain that my mission is to create big waves on virtually every story I do.

The oceanographer Dr. Sarah Oktay explained to me, big waves can begin with a light breeze, as long as the breeze is sustained.

So this light breeze of a story – my suggestion – actually determination -- that the Alvin Ailey dancers be the featured act at the 2015 Super Bowl between my Atlanta Falcons and whoever the Falcons end up playing – must be sustained.

That’s where I need your help.

Please circulate this story and, if you are so moved, click here to register your support for this idea on my Facebook page.