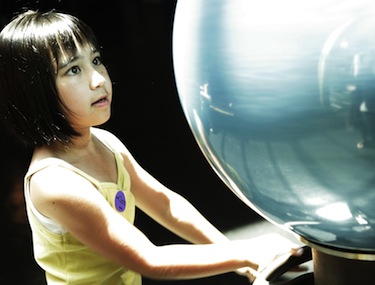 Here's what I want for Father's Day:  I want my children to develop a passion for science.  I've decided to grease the wheels.  I've called the best for advice.

His name is Brian Greene, professor of physics and mathematics at Columbia University.  He's getting kids engaged at his World Science Festival.  He has even written a children's book based on relativity, "Icarus at the Edge of Time."

Icarus was the boy in the ancient Greek myth whose father crafted him wings of wax. The father warned Icarus not to fly too close to the sun.  Icarus ignored him.  His wax wings melted, and he died.

Greene's reincarnation of Icarus was born on a space ship -- part of a community of explorers on a 25-trillion mile search for life on another planet.  He is 14, which gets my attention, because it's about the same age as my daughter.

I do not want my children to follow Icarus' perilous and lonely path.  Or do I?

Icarus at the Edge of Time
Knopf
Buy it