The Man Who Makes Us Face Fear 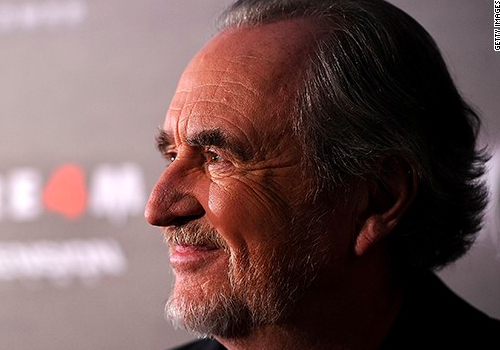 When people hear the name of our guest on this CNN Profiles they may imagine he will look like Charles Manson.

You'll know why when we introduce him.

But we have decided to keep his identity a bit mysterious until he tells you a bit of his unusual upbringing.

Let's just say this man was not groomed for Hollywood. And yet, that is where he made his fame and fortune.

As a child raised in a strict Baptist community he was directed, with a red leather Bible in hand, to find lost souls and save them.

Until he was a young adult his community's code of life prohibited movies and dancing and a host of other sins.

It was a life not of this world, he tells us.

When he finally did enter this world, he wound up married, with children, broke, in debt, his car repossessed, sleeping on the couches of friends.

Come to think of it, maybe this was the way to groom a man who has taken us to the deepest darkest woods to confront his worst fears - and ours.

If you must know who he is right now – check out his new website, YEAH! TV. A partnership with AMC Networks, YEAH! is an online streaming movie service that streams classic movies with new original content, from facts about the movie to cast and director interviews and more.

Oh, one warning: this master of fear turns out to be unusually uplifting.

But first, you must follow him into the woods.