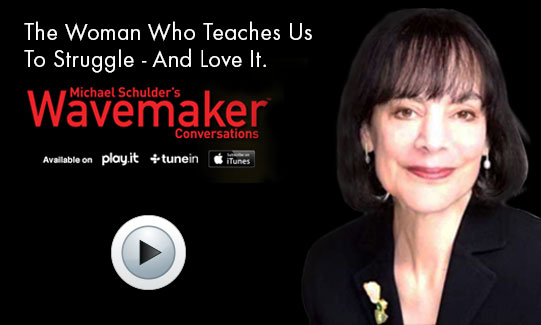 I am struggling with how to write this introduction to my podcast with Stanford University Psychology Professor Carol Dweck.

As a result of my conversation with Professor Dweck, I am loving the struggle.

That’s the impact Carol Dweck can have on people of all ages – through her work or a personal encounter.

Carol Dweck’s journey to the joy of struggle was inspired by her youngest teachers.

Early in her child development work, she recognized a pattern that moved her.  Some children, she witnessed, crumble in the face of failure, while others embrace failure and enthusiastically work to overcome it.

“So I thought, wow, I understood that you could cope or not cope, but love failure, relish failure?”  “I was,” she tells me, “so far from that place at that time.”

Then and there, four decades ago, Carol Dweck says of those children who relished tough challenges:  “I thought these are my role models.  I’m gonna unlock their secrets and maybe bottle it – give it to everybody I can, including myself.”

And so she has.

Those children who embraced failure became her teachers – and ours.

The secrets Carol Dweck has unlocked and bottled even inspired an exercise in class which she describes 16 minutes into the podcast.  It’s an exercise for first year students at Stanford who are “terrified because they think, ‘Okay, now, I have to prove I’m the smartest person in the world.’”

In one respect, Carol Dweck’s journey to what she calls a “growth mindset” began when she was a child.

Her 6th grade teacher sat the students in IQ order.  Hearing Dweck tell the story of her assigned seat – 10:55 into the podcast – will help you understand why she was so determined to prevail over the curse of the “fixed mindset” – the belief that you’re either smart or you aren’t.

When I interviewed Dr. Dweck last week, her inspirational TED talk had been viewed more than 1.9 million times.  Today, it’s over 2 million.

The Clicks for Carol seem to grow effortlessly.

The body of work that attracted those clicks has involved a long, joyful struggle.

And now, my conversation with Carol Dweck.